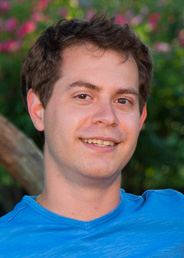 Nick Desaulniers is a software engineer at Google working on compiling the Linux Kernel with Clang (and LLVM).

Nick has previously worked on TensorFlow’s Accelerated Linear Algebra (XLA) JIT compiler for Tensor Processing Units (TPUs), and the Linux kernel for the Nexus and Pixel phones while at Google.

Contributing to Open Source software and an accessible Internet for all are some of the things that Nick is most passionate about.